This picture is very interesting to me. Not so much for the quality of the composition or light but for the emotional transfer that it conveys. Three minutes before the start of the Swim I jumped into the starting block which contained almost 700 rubber people set on racing the Triathlon. It was an interesting perspective. 30 Seconds before the start I found my way out of the black polyurethane maze. I made this image as the National Anthem came to an end. 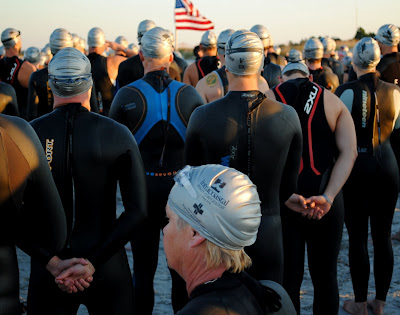 While I was riding down the frontage road towards the start of the swim a rider rolled up along side of me. He gave me a hello and when I looked over I saw that his down dude read: One F'n Speed. No way, two SS road'ish bikes there supporting friends. 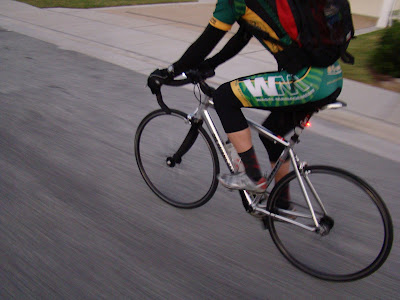 The American Flag raised on the beach. 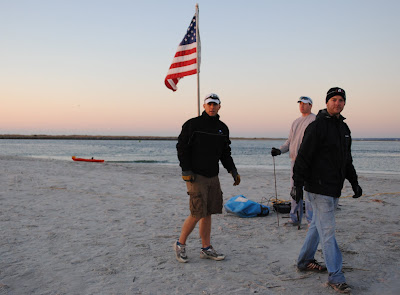 The march of the rubber people approach the point. 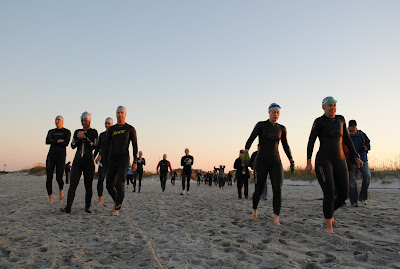 These two participants discuss the prospects of fun that this event will bring them. 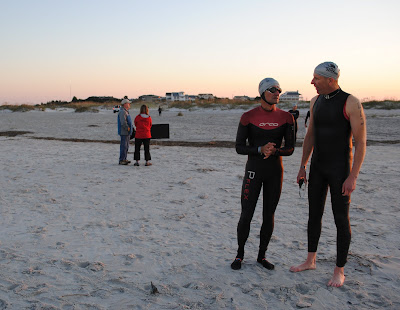 Check your watches, it's on. These dudes in the front row were all about serious business. 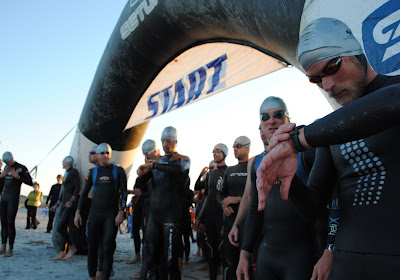 The energy faced the direction of its travel. 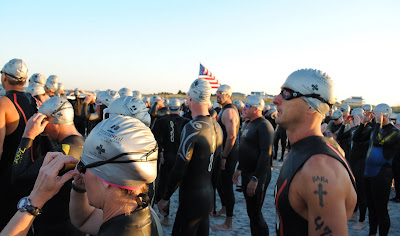 Go! Notice Jordan Moore competing in his first Ironman. He was the only one out of the mass that chose not to wear a rubber suit. I later found out that the bearded look alike was not Jordan at all. Apparently Jordan was back in the Jar with his hounds from hell attempting to be the most hated man spectator at a Pro Cyclocross Race. 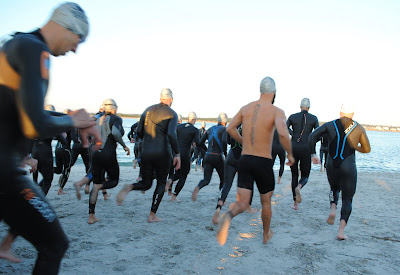 The start of the 2.1 mile swim looked like splashing chaos. 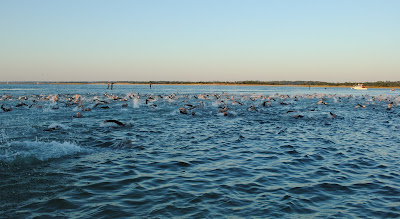 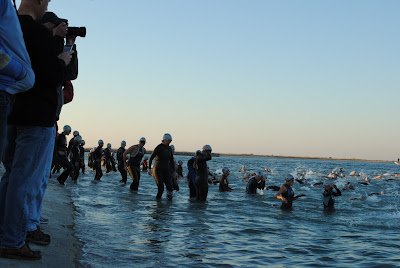 On the way off of the point I spotted the first of many over flowing blue barrels. Go Hokies!! 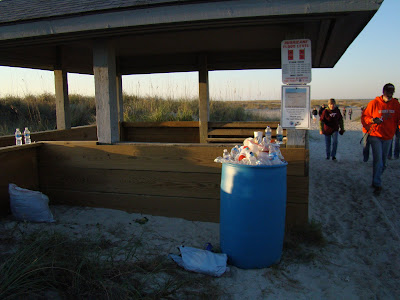 200mm lens: The lead swimmer and his escort. 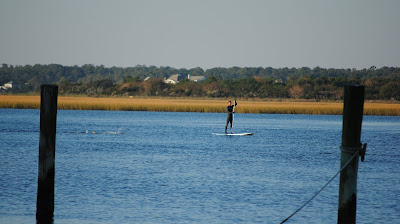 I think I can see Ballsbury just behind the buoy. 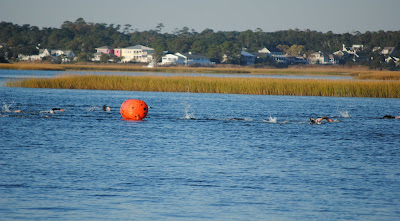 No, this is not Jordan Moore. 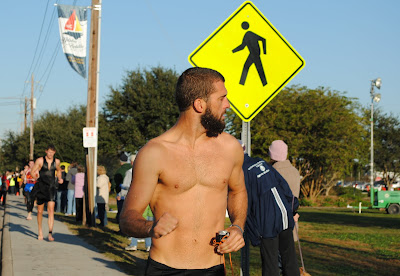 This guy was blinded by salt water and the fire of the sun. Ouch, that looks painful on the bare feetsies. 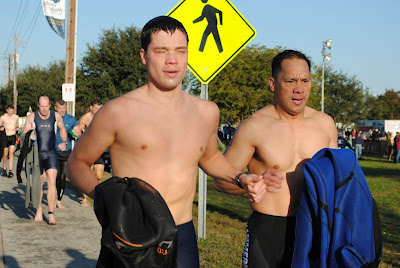 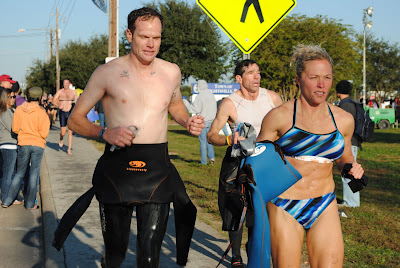 This was one of the oldest woman competitors that I noticed. 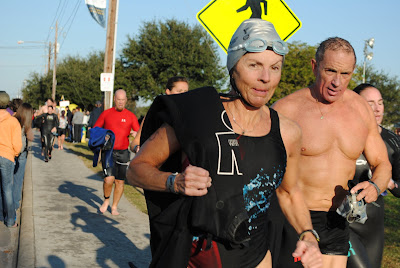 Ballsbury out of the water in the top half. He was one of the smart ones who had feet protection for the 200 meter run from the water to the bike. 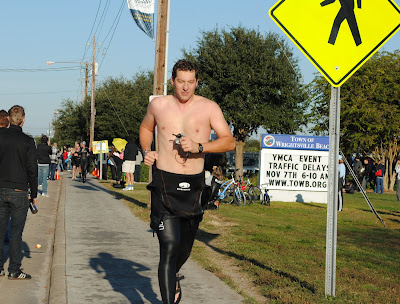 Ballsbury rolling, I should have handed him my pump and one of my three spare tubes. I did have a CO2 back up you know. 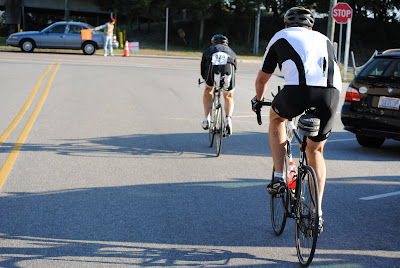 My Wilmingtoon submission to DieHipster.com was declined. Apparently the sight no longer exists. 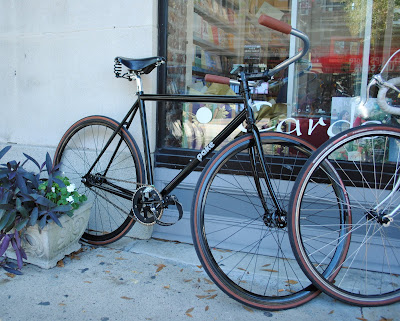 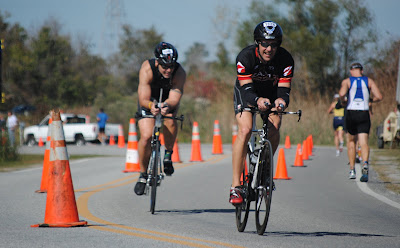 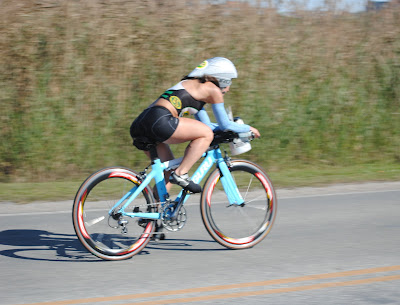 Erikachachacha considers running in a Triathlon soon. Then the consideration goes away. 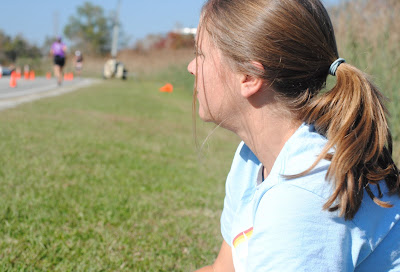 The ever present cops. 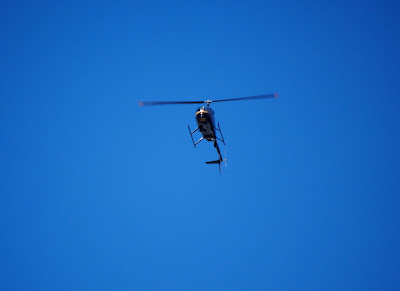 The cool thing about heckling a Triathlon is that you can give encouragement to those walking during the run. See that guy in the pain hole in the ground wearing white walking towards you? When he limped by I yelled, "Come on man, you look to strong to be walking, get running!" 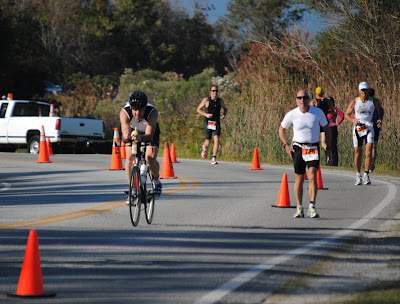 Michael Jackson and Slash from G & R were there. Notice MJ's kid slave gravitating towards the protection of Slash, the lesser of the 2 evils. 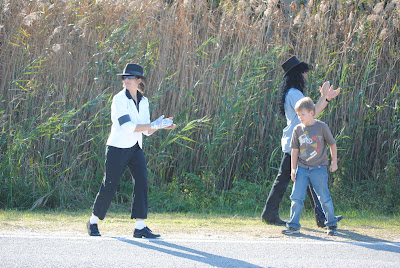 WWII War era Battleship the USS North Carolina last used in Vietnam. The big 16" Guns apparent. Notice the Bullets for those guns are used to make a lovely fence. The scale is hard to see but when I stood next to one of projectiles it came up to my chest. 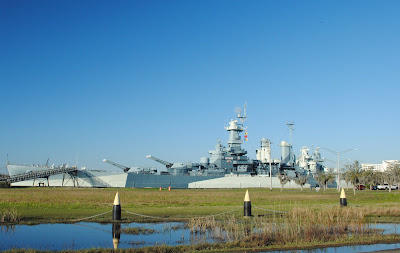 DO NOT THROW AMMUNITION IN THE PORT-O-JON 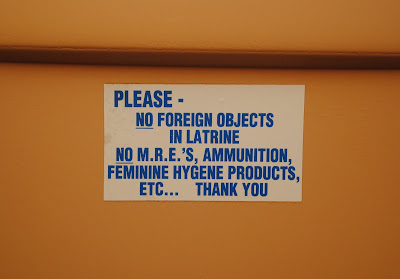 The run along Front Street as the sun goes down. 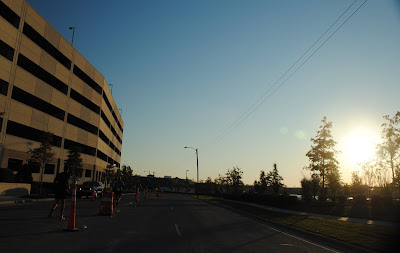 The Battleship at sunset from the Wilmingtoon side of the river. 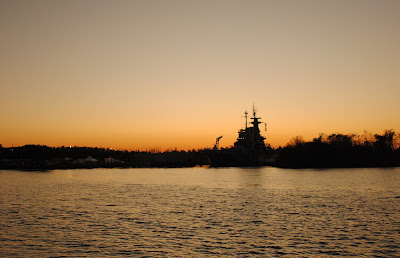 These are great pics! I'm even in one of them (swim start on beach, very cold looking woman on the right in the Reaction wetsuit)

The picture captioned ""The march of the rubber people approach the point." just to be clear

21st Century Mom-
Thank you!
Please feel free to look at my B-Log daily at: whereonearthisbill.blogspot.com